What does your billboard say? 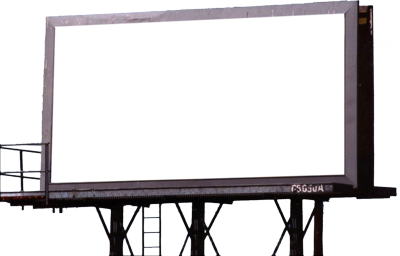 A controversial billboard went up recently along Highway 441 near Tavares, FL and it’s not the first of its kind.

Pastor Moses Robbins of the SNL church rented the billboard and added just three words to grab the attention of passers-by, “Come get hammered.” Robbins admits the sign is a good publicity generator and an offhand way to bring people closer to God, but some people aren’t fans of his methods.

However Robbins backs his billboard 100 percent and says people don’t like it because of what it infers rather than what it means.

“They can assume what they want, but the reality is I’ll be teaching them the word of God,” said Robbins.

Even if the billboard doesn’t teach, it definitely gets people in Tavares talking. Highway 441 is traveled by thousands of cars every day. Robbins says the sign is rooted in the Bible.

“It’s based off a scripture verse that just says, ‘Isn’t my word like a hammer that breaks up the rock.’ It speaks of God’s powerful word,” said Robbins.

Eight months ago, the billboard said “scumbags welcome.” The city of Tavares got complaints but couldn’t do anything because the church was within its right of free speech. It’s with that free speech that Robbins hopes to attract new members.

“When they get there, they’re not going to get beer. They’re going to get the word of God. And hey, who knows? Maybe they’ll hear something that will change their life forever,” said Robbins.

Robbins said the previous billboard generated hundreds of nasty calls and Facebook messages from people all over the world. However, it also helped his congregation grow from 12 members to more than 100.

I won’t comment for or against the billboards in question but I will offer this observation. Each of us, how we do life daily, is a billboard that either pushes people away from God or pulls them towards God.

What does your billboard say?

Filed under Evangelism, influence with the world

Tagged as Christianity, Evangelism, Influence with the World, Religion and Spirituality

5 responses to “What does your billboard say?”