I’ve read my share of inspirational stories, but none compares to that of Adam Brown – a SEAL Team SIX Operator. From hometown hero… to drug addict doing jail time… to Navy SEAL, it’s a story of triumph second to none.

Fearless is a chronicle of heroism and humanity at its best. Adam Brown was a man of extremes, whose courage and determination was fueled by faith, family, and the love of a woman.

It’s about a man who waged a war against his own worst impulses and persevered to reach the top-tier of the US military. Always the first to volunteer for the most dangerous assignments, Adam’s  final act of bravery led to the ultimate sacrifice.

“As a rule, we don’t endorse books or movies or anything regarding the command where I work, and Adam Brown worked, but as the author writes in Fearless, ‘you have to know the rules, so you know when to bend or break them.’ This is one of those times. Read this book. Period. It succeeds where all the others have failed.” ~ Anonymous SEAL Team SIX Operator 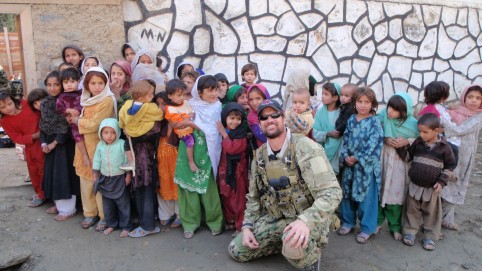 “Fearless is a clear and deeply honest portrait of an authentic American man who lived and loved with an intrepid personal velocity. For most of us, the failures and disappointments in life take their toll. Not for Adam Brown. He vanquished all life’s heartbreaks with faith, humility, and hard work.”
~ Kurt Johnstad, screenwriter, Act of Valor and 300

Fearless will hit bookshelves next week but I got the chance to read a prerelease copy and had trouble putting it down. I laughed… I cried… I was inspired to live life to the fullest.

To learn more or to order the book go here.
***
© Richard Alvey and iLife Journey, 2012. All rights reserved.

Being the hands and heart of God

Ever watch a movie or theatre production where someone in a supporting role actually outshines the main character? It doesn’t happen very often but when it does, its noticeable. That’s sort of how I feel about the book of Ruth. In case you are not familiar with the story of Ruth here’s a quick overview.

During the period of the Judges Elimelek and his wife Naomi, along with their two sons, leave Israel to escape a famine and relocate in the land of Moab. Elimelek dies, their two sons marry Moabite women and then 10 years later they die. Naomi is left with two daughter-in-laws in a foreign land. She returns to Israel with Ruth who refuses to leave her side.

Life for widows at that time was very, very bleak! Out of love for Naomi, Ruth gleans (collects leftover grain) from a local field belonging to Boaz. Knowing of Ruth’s loyalty to Naomi, Boaz acts favorably towards Ruth not only protecting her but providing extra grain for her to collect. Upon learning of this, Naomi instructs Ruth to make herself available to Boaz for marriage. They eventually marry and everyone lives happily ever after. Honest!

The loyalty Ruth demonstrates for her mother-in-law Naomi is admirable; especially considering that Israel and Moab had a history of being bitter enemies. But what Boaz does is even more amazing.

As God’s holy people, Israelites were to reflect the heart of God by trusting Him enough to act as His hands and heart toward the less fortunate within their community.  Much of the Law was designed to provide opportunities for Israel to trust God, to be generous like God, to demonstrate the love and the justice of God.  God’s means of taking care of the poor, the widow and the orphan was through His people.

The levirate marriage was one such custom.  The term levirate means “husband’s brother.”  It was employed when a man died without a son to inherit his land and carry on a family line.  When those circumstances arose, the husband’s brother was responsible to take the widow as his wife and produce a first-born son who would bear the dead brother’s name.  This son would be the rightful heir to his dead “father’s” estate and would carry on the deceased’s family name.  The following children born to the union of the widow and her new husband would belong to the new husband and bear his name.  (Deut. 25:5-10).

Any man who took on this responsibility was known as a Kinsman-Redeemer. Taking on this role was optional and when another relative declined to accept it, likely because Ruth was a Moabite, Boaz willingly stepped in. He had to give his resources to buy the land owned by Naomi/Ruth but would not keep it as his own. Their first-born son would receive it to carry on the lineage of his grandfather/father.

Boaz had nothing to gain from this arrangement other than the company of Ruth as his bride. His selfless act of compassion is remarkable; and it is a foretelling of Jesus’ role with all of humanity.

Jesus gave up His very life to pay our debt of sin, something we could not do, and purchase for us new life and an eternal future with God. Just as Boaz reflected the love and justice of God, we who follow Jesus are called to reflect it as well among those we encounter daily.

How will we be the hands and heart of God to those we encounter today?

If you’re following along in The Story read chapter(s) 10 this week. To learn more about The Story click on the page tab above.

Filed under Christianity, Compassion, Generosity, influence with the world, Justice, Loving others, Loyalty, The Story 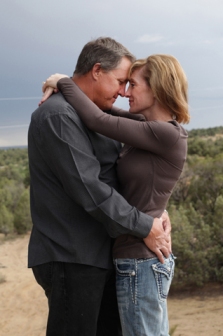 The Vow is a movie that came out in theatres a week and a half ago. It is based on Kim and Krickitt Carpenter’s story. Since I’ve not seen the movie I’m not endorsing it but simply referring to it.

According to the Carpenters, the romantic movie is not even close to telling the true story of faith and commitment that has kept them devoted to each other for 20 years.

It began 10 weeks after their wedding on Sept. 18, 1993 when a serious automobile accident left Krickitt with no memories of her husband or their new marriage.

A severe brain trauma wiped out 18 months of her life — the entire time she and Kim met, dated and married.

While he was still madly in love with her, he was a stranger she wanted nothing to do with.

The glue that kept them together was their faith in Christ and the promise they had made before God.

“Both of us know unconditionally we would not have made it through this ordeal without the Lord being in the center of it all,” says Kim Carpenter.

Krickitt spent months in a coma and then months more in physical therapy, but she has never regained those 18 months of memory. Her recovery was slow, her personality changed and at times she told Kim she hated him.

“At a low point in my life, I didn’t think this marriage was going to work. I didn’t have the faith that we were going to make it,” Kim said. “At the same time, I wasn’t going to leave her in the state she was in; I was vowing to stay with her.”

The media first learned of their story when a reporter came to interview Kim about his work as a baseball coach. In the course of the conversation, the story came out.

When the Carpenters renewed their vows at a second wedding in 1996, it was a media frenzy. People were amazed and encouraged by their story, so Krickitt asked God to use their story to show others His amazing love and power.

“We enjoyed the movie but we were a little frustrated by the artistic license they took,” Kim said. “The dramatization in the movie was much greater, but it is hard to put 20 years of challenges into 103 minutes.”

“A Scripture I really hold onto is Philippians 4:13: ‘I can do all things through him who strengthens me.’ I believed I was called according to God’s purpose, and I followed with my whole heart,” she said.

Kim said he has taken offense to some of the media reporting him as “heroic, courageous, manly.” They insist they are an ordinary couple with two children, Danny and LeeAnn.

“It is amazing we live in a world that there is such a big deal made about a man and woman who simply did what we said we were going to do,” Kim said.

From champ to chump in the blink of an eye!

Last Sunday was a great day for NFL football lovers. Four very talented teams battled it out for a chance to go to the Super Bowl.

I love close games that are won because someone made the better play. Sunday’s games were close, but unfortunately both ended with players muffing what should have been a “sure thing.”

Billy Cundiff of the Baltimore Ravens missed an easy field goal that cost the Ravens a chance to tie the game. Kyle Williams of the 49ers became the goat by fumbling…twice…once in overtime allowing the Giants to win the game.

I felt bad for Billy and Kyle! As you can imagine, their miscues got LOTS of air time and chatter on TV and social networks.

When you’re the chump their isn’t much that you can do. You can’t change it or take it back. You’re blunder becomes part of history and you’re stuck with it. You’re stuck with the fact that millions of people just watched you choke.

These NFL players may not be able to do much but their teammates sure can!

This was demonstrated most clearly by the San Francisco 49ers who came to the strong defense of Kyle Williams.

Tight End Delanie Walker said, “We all lost this game…We play as a team — it’s 45 of us out there. It’s not Kyle’s fault, so don’t go over there and act like it is. Cause it’s not.”

“I’m talking for Kyle,” Morgan said. “You have any questions, ask me. He’s not talking today. I got it.”

They had Kyle’s back. When it would have been easy to throw the chump to the wolves, their teammates stood their ground in support…and acted like true champions.

That’s what grace looks like, and it ought to be most visible in the church!

Filed under Grace, involvement with the church, Loving others, Loyalty